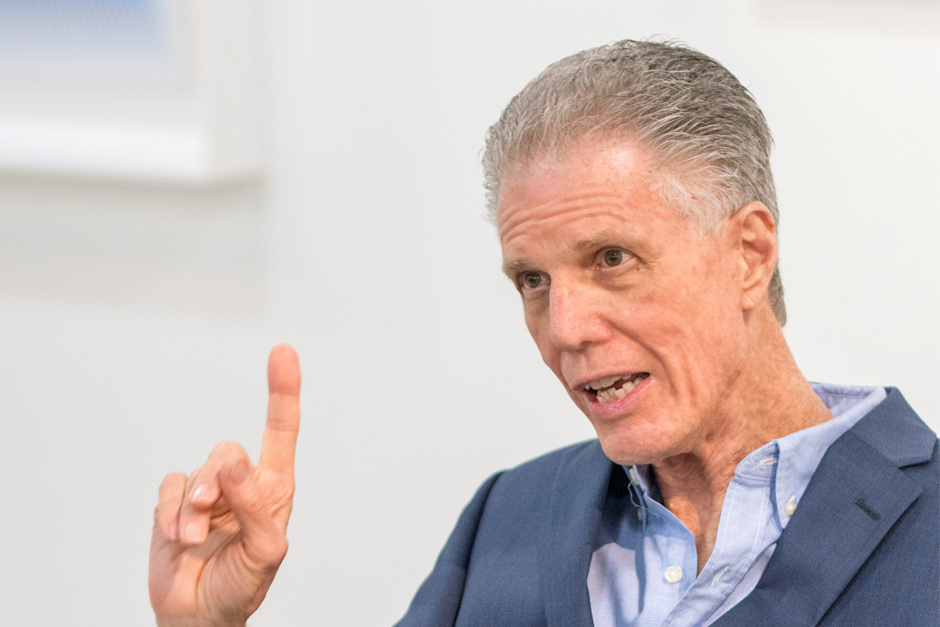 Having reflected on the diversity of works by Chiara Dynys in recent months, have chosen to ground my remarks on how l perceive the artist with regard to her ineffable sense of time, space, and empathy. The term “empathy” may hold an ambiguous connotation as to how one person identifies with another without positioning oneself in relation to “the other.” In the process of thinking and making art, one might consider empathy the means by which the artist discovers content that extends beyond the self in relation to another subjective space. This approach became evident in Dynys’ work 1990s, specifically in performance installations, such as Bevi Rosmunda Cl999) and Limitare i Danni (998), each involving mixed mediums that included cotton braids, copper pipes, fabrics, and reflectors. Both were presented at the Museo di Arte Moderna e Contemporanea di Trento e Revereto (MART). The interaction between the forms and materials with the performers and/or participants in these works suggested a kind of open deconstructive space in which the artist alludes to sensory input.

As I continue to reflect on this aspect of her work from then until now, my sense of receivership admittedly becomes mediated through various writings and exchanges, both direct and indirect, both in the form of conversations and telecommunications. More recently, I would consider Dynys’ vast wall projections shown at Lorenzo Palmieri as unmistakably related to her month-long experience with the northem lights in the wilderness regions of Lapland as an extension of the earlier works (out also a liberation) Again, these projections revealed her manner of dealing with content through a kind of distant subjectivity that becomes increasingly more conscious and accessible over time. In the process, the artist’s work continues to enhance my heightened interest in her astute visual vocabulary, as in her series of inscrutable photographs mounted inside brilliantly polychrome sawtooth frames, seen (as least, for myself as complementary to intimate space age galaxies, titled From Afar (2017 a coherent ex if there ever was one, which admits her pronounced and remarkable conceptual imagination.

From my perspective, her accuracy as a developing artist begins ever earlier with her angular minimal-style works that project from the walls of a room as a series of reliefs. The precision-cut trapezoidal forms, in particular, were shown frequently in Italy and elsewhere between 1990-1995, culminating in an important monograph (Milano: Prearo Editore, 1995) curated by Guido Costa. Some may refer to these architectonic modules as an incessant “formal” device, but, in fact, they are more complex. By 1993 the reliefs were moving toward an assembly of scattered boxes of varied sizes, again placed on walls as if they had emanated from different origins a in various sizes. They were constellations that preceded the northern lights and opened the space in preparation for something else to happen, another aspect of her empathy or emphatic desire, as the case may be. I am thinking of the projected lights vibrating on the ceiling derived from ten glass spheres. Titled Please Don’t Cry (2016), each of the glass spheres represents a country currently at war where no easy or predictable resolution on the horizon. Still, nearly two decades prior to this, we begin to see content in her work evolving from the threshold of visualization into a new relevance. Since then, Dynys has been engaged in the process of envisioning the present without entirely relinquishing the past, thereby allowing us to enter into the everyday world as an ongoing historical reality.

Over the past twenty years, there has been a considerable confluence of work that has entered into the lexicon of Dynys Some would argue in favor of specific works that seem to move in a forward direction toward a more explicit form of content (or content in form), which is I believe is one of the important ongoing themes in her current work. Her multi-directional viewpoints are embedded in the work to the extent that they become imploded s by Dynys as made evident in her performance installations. For the sake of accuracy l would borrow a term from the artist Allan Kaprow, who in the early 1960s identified what he called “environments.” These were altered spaces in which viewers re transformed into becoming participants.

Here I refer to a work by Dynys, titled as Alti e bassi (99 cubic constellations from 1992-93 become closed polychrome cubes and parallelepipeds with an acoustic mechanism that allowed visitors in the space to invoke the pre-recorded sounds of female voices repeating the phrase “Ti amo ove you). Alti e bassi is one of the more overt forms of empathy where the visitor’s anonymity in an unknown space is suddenly transgressed In lieu of alienation, the visitor becomes the subject who is being spoken to, less in terms of information than of feeling. In doing so, the emotional content of the visitor comes into focus as a person, who now stands within a welcoming space making contact with the environment through an acoustical structure at a particular time of day and, in the process, has become cognizant of being present.

I am taken by some of the formidable comments made by Giorgio Verzotti a critic whose process of thought manages to transform the varied projects and projections of Dynys into a copious and distinct metalanguage. This would suggest that verzotti has located the timely threshold that the artist has consciously laid bare. Could we then say that this triumvirate of exchange is about the practice of art within the realm of a secular timeliness that roves the spectrum of experience? I believe the discourse involving Dynys is precisely about this condition, which is, after all, a human condition. More to the point, her work has evolved since the 1990s into a form of empathetic cognition, ultimately transforming itself into a spur. This spur opened a new potential that took her beyond the architectonic forms of art previously known into the content of open-ended intentions where her innovative and undaunted artistry was permitted to engage with time, tempi, and temporality, all in one. She was moving from the structuration of the past into a kind of phenomenology where various forms of memory began to take hold.

Through the work of Chiara Dynys, empathy comes close to content, which is what we see and how we feel in relation to the other. In Simbolie Geometria in Piero della Francesca by Chiara Dynys, shown at the Museo Poldi Pezzoli in Milan (2013), our willingness to enter into an experience with this installation begets a resonance that could occur only at one time and one place. The profound sensation of witnessing Dynys’ reflective geometry in relation to Piero’s Saint Nicholas of Tolentino (464 -1469) mayat first seem unfathomable until one gets a grip on the austere nature of its meaning. This painting was a fundamental element in the commission given to Piero for the Augustinian church of San Sepolero (begun 1465). Through Dynys’ interest both in the painting and mathematics of Piero, she created an installation based on the inclusion of non-objective forms suggested by the painting, thereby providing an updated context for Saint Nicholas. Here, with this painting, we find the diligence and acute intelligence of Chiara Dymys working through the mathematical renderings found in Piero’s polytych, while, at the same time, giving this precise geometry an unremitting renewal, thus revealing that art remains capable of transforming reality through actions and placements of sheer defiance, an obverse sensibility that moves toward unraveling the stalemate of power falsely given to art through the force of embedded memory employed by the artist.

The question or questioning of the past in relation to the present appears an ongoing concern in Dynys’ world. As with many artists, she has indulged herself with self referencing in relation to the larger issues somewhere between form and content, time and space, recognizing that these are not calculable extremes. For Dynys, the geometric and architectonic concerns in her work have been present since the beginning. But then came a moment when she profoundly understood the need to take a departure from the selfreferencing of form, to break free from the predictable aspects of identity that too often come into a kind of unnecessary, often inhibited style of repetition. I am reasonably convinced that by the late 1990s, moving into the twenty-first century, Dynys saw herself more in terms of liberation than repetition. Suddenly the notion of repetition and identity transformed into a kind offlotation or, better put, a Freudian sublimation whereby the inner-conflict suddenly became a compelling impetus This was the moment when Dynys became endowed with a poetry of instinct and gave way to empathy. As an artist, she was ready to go beyond herself, which is another way of saying she could project her work and the content of her ideas into unknown spaces the extremities of the northern lights- without any need of ulterior verification, none at all.

Finally, I would like to cite a work by Dynys from 2010 made with painted steel and blue neon, titled Doppio Sogno. The work is currently with the Collection Terna Energia in Rome, which would seem an appropriate match To observe Doppio Sogno effectively the viewer is asked look up at the ceiling where a spiral in blue light reads. “Pin luces u tutto” (More light on everything) According to the artist, this particular spiral represents the invisible trace of DNA molecules, a structure that resides in every human body. Indeed, there are many spiral formations that exist throughout nature, including the extraordinary nautilus shell containing the essence of the Fibonacci series. The point of this work is not to limit our perceptions to a single reference, but instead to open the possibilities of how we think, feel, and act as human beings in relation to one another. The spinal connections within the visible universe suggests that we reside on a relatively small planet As a human species, it would appear on a microscopic level we somehow belong to one another. This is the pervasive message I have retrieved from being in the presence of such vital and provocative work-the art of Chiara Dynys.