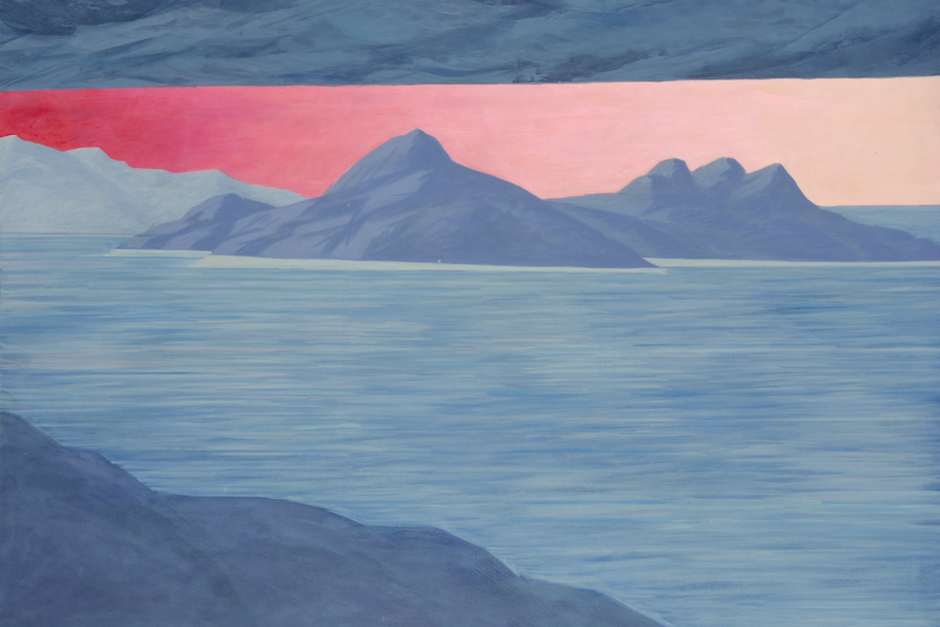 Cosmopolitan and Solitary, Analytic and Sentimental

By Marco Meneguzzo, Curator. Carlo Battaglia (1933-2005) was a cultured and cosmopolitan artist. Like all learned artists, he matured his conceptual, aesthetic and formal convictions over time, unlike those who are suddenly “illuminated” by intuition, but once acquired he analyzed, experimented and used these skills to explore all boundaries, perhaps even pushing himself too far. Convinced that an artist should know the languages of others to build his own, he searched with the humility of one who feels he is destined to notable things to penetrate the lexicon of those to whom he felt an affinity, not so much with his own way of expressing himself, but rather with his own way of feeling. For this reason, he chose New York at the end of the sixties – in 1967 – to personally meet Ad Reinhardt, Robert Motherwell, and most of all to deepen his friendship with Mark Rothko (who had been his guest in Rome for two months), and perhaps also to revisit that essential grid of Manhattan that had caused even Piet Mondrian to change his thinking. He would return multiple times with his wife Carla Panicali – who at the time directed Marlborough Gallery in Rome – at least until he decided that the learning was over, that the social life was no longer for him, that it was time for solitude, and to retire to a place that is the opposite of a big city, like his small native island of La Maddalena, north of Sardinia, facing the far away horizon between the sky and the sea.

In the middle, between the end of the seventies and the nineties, there were numerous exhibits, two personal shows at the Biennale of Venice – in 1970 and in 1980 – another one at the Palazzo Grassi (1974) still in Venice, the repeated participation to the so-called “Pittura analitica” (a sort of European equivalent to American “Fundamental Painting”), the acknowledgement from other artists of his intellectual stature, as well as his importance as a painter. But at that point Battaglia had reached another level. Once a personal language is developed, everything is reduced – or rather broadens – to the Self and the Other, and the limited field of the canvas becomes a place of contention, an arena where the painter “stops” the world at every instant, knowing that a moment later it will no longer be the same, and he will have to start again, day after day, year after year, for the rest of his life.

It is not by chance that it is the “sea” – not the “coast” …- it is considered a pictorial subject that is very close to abstraction, as it fundamentally concerns a horizon, a horizontal line that divides the visual field into two portions and proportions, with the addition of chromatic elements that accentuate or attenuate the effect: only a portion of a starry sky could be more minimalist than the sea, especially if we consider that it is inevitable that it be a portion of the sea, delineated by the size of the canvas and the frame, and therefore the sense of the infinite sea is undermined, if anything it is substituted in our mind with what we know and what we feel when we are physically in front of it, and not in front of a canvas.

Examples such as Piet Mondrian, but also Gerhard Richter, who painted many seas, are there to comfort these considerations that are only apparently abstract, but maybe also the “realism” of Giotto’s blue skies – “realists” when compared to the symbolism of the “gold backgrounds” that the blue substituted… – intuitively says something about this ideal choice by Battaglia, besides his life as a Sardinian islander, happy only when he could retire to his studio at La Maddalena. Therefore, the sea is a universal subject because it is inexhaustible, and even when considering the four hundred canvases and of the hundreds of pastels by Battaglia that portray him – from the end of the seventies to the beginning of the 2000s – these are small things compared to the variability of the sea, changing in every season, every day, every hour, in every moment, under the slightest puff of wind that ripples its surface, in the sun or under the rain, seen from up close or in the distance of the archipelagos…

Clearly the artist is aware from the beginning that he has picked an inexhaustible subject, and beyond the sentimental pleasure of acting on a loved theme, there is the conceptual consciousness of the impossibility of exhausting it, of the impossibility of “making a catalogue of it.” In this way the analytical qualities are transferred from the pictorial subject to the painter as subject, while still never overlooking that sentimental aspect that, as Charles Baudelaire said, ties every free man to the sea – “Homme libre toujours tu chériras la mer” [“Free man you will always cherish the sea”] – the impossibility of understanding the sea within one’s canvas, and the choice to represent it continually, becomes in this way a visual mantra which is continually repeated until the loss of its significance, until its disappearance, which in our case would be the disappearance of the “sea” as subject. And even though Carlo Battaglia embraces the sea in every brush stroke, in the end the universality of his action – in other words the totality of his “seas,” and not the single painting, that is still, for everyone, visibly a “sea”… – shifts the artist’s attention to himself, to the question “what am I doing?”, which is ultimately the essence, the minimum common denominator for every painter who is and would like to define himself as “analytic.”