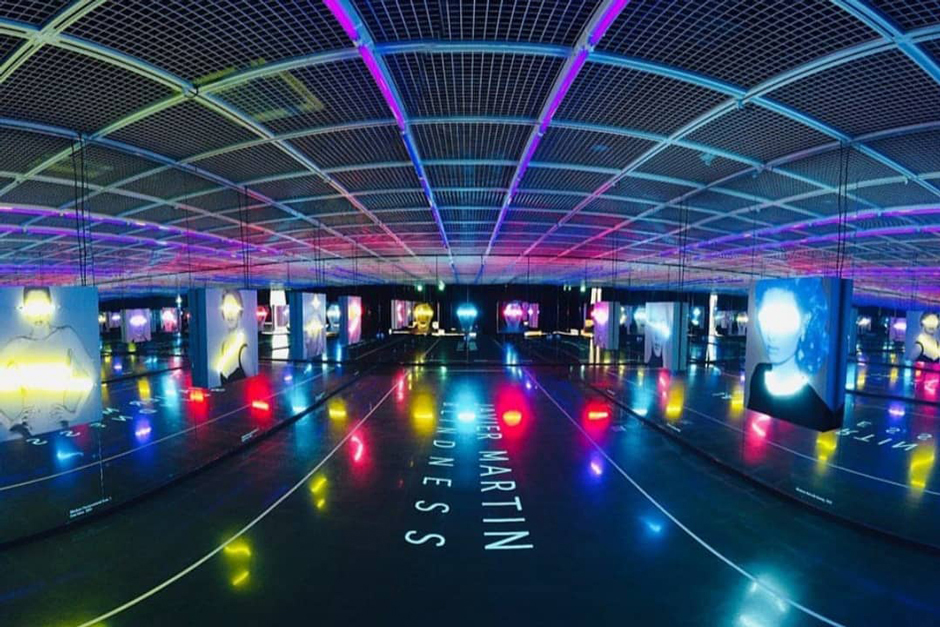 Valli Art Gallery is pleased to announce the opening of Javier Martin, “Blindness” at the Seoul Museum in Seoul, South Korea. Martin is a featured artist in the seventh edition of the Museum’s “Borderless Artist Project”, which was started in order to explore the work of young artists around the world who are expected to continue to gain international acclaim. “Blindness”, which features early and recent works from Martin’s “Blindness Collection”, will be on view at the Seoul Museum through Tuesday, July 23rd.

Javier Martin (Spain, 1985) is a multidisciplinary artist who bases his creative exploration on the careful observation of his surroundings, detecting semiotic relationships that might otherwise pass by unnoticed to an unperceptive viewer. With this approach, the artist constructs situations that invite reflection on impending matters in today’s world.

For over a decade, Martin has been developing one of his most iconic collections, Blindness. The eyes, classically associated with the reflection of human emotions, are always concealed whether behind a vibrant stroke of paint or a glowing neon light. With painting and collage, he reproduces images of seemingly perfect models, symbols of a standard of beauty and lifestyle that most people long to enjoy. Inspired by the juxtaposition between the grit of city surroundings and the glossy ads that line them, Martin deconstructs this perceived perfection to create a contrast between technology, collage, and painting.

Over the last two years Martin has continued to build on the questions of the Blindness Concept. Following his public Blindness mural for the 71st Festival de Cannes and his solo exhibition “Blindness the Appropriation of Beauty” (curated by Robert C. Morgan), Martin created a number of interactive installations in which the Blindness concept is more visceral and tangible than ever before. In ‘A Room Without Walls’, Martin riffs on his ‘Alma’ series with an immersive, completely mirrored room in which viewers see themselves infinitely repeated in the face of a figure blinded by neon light. The curation at the Seoul Museum is closely referential to this work, as Martin’s neon paintings are presented in an immersive mirrored environment.

Martin’s most recent works show him revisiting the concepts behind his earliest works in the Blindness collection. In these largescale and expressive collages, Martin layers paint, prints, paper ephemera, and neon in order to present the Blindness concept with new complexity. Whereas he forces participants to examine their own blindness in his installations, these mature works show Martin mining his own oeuvre to reexamine Blindness more than a decade later. These reflective pieces have been exhibited simultaneously, at Plan B at David Zwirner and in a solo exhibition titled “BLINDNESS” at Valli Art Gallery New York in March, 2019.

Javier Martin’s “Blindness” at the Seoul Museum is his first solo museum exhibition. In Spring 2019, Valli Art Gallery will publish the first catalogue of works from Martin’s Blindness collection.

News
Copyright 2017 | All Rights Reserved
Back To Top